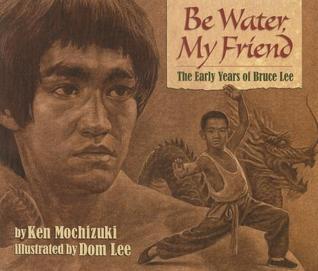 Before Bruce Lee became an international film star he was a boy growing up in Hong in the 1940s and 1950s who loved to read, play practical jokes, and get into trouble on the street. In Hong Kong, martial arts were as popular as baseball was in the United States. Bruce studied martial arts under the watchful eye of Yip Man, the best martial arts master in Hong Kong. At first Bruce's interest was motivated purely by his desire to win more fights in the street, but he soon discovered that he was really being taught not to have to fight. Bruce Lee eventually became a pioneer of martial arts cinema, and his legacy lives on in popular culture more than thirty years after his death. But it is his boyhood journey toward self-discovery and his courage to overcome obstacles that will inspire all who search for their way in the world today.