Michelangelo and I por Gianluigi Colalucci 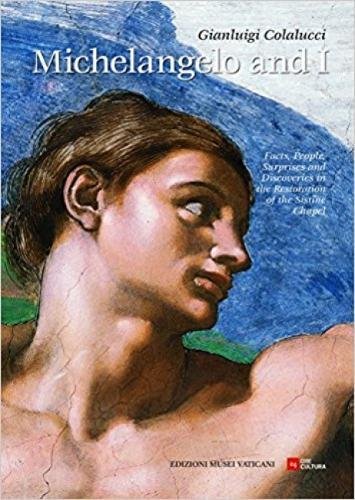 Gianluigi Colalucci con Michelangelo and I

Reseña del editor The restoration of the Sistine Chapel - a singular experience that lasted fourteen years. Michelangelo and I is the story of the restoration, told by the restorer himself; from the first small cleaning test, to the difficult decisions when cleaning Adam's Eye or the Head of God. In this book, Gianluigi Colalucci reveals not only the burden he felt under the weight of the enormous responsibility of his task, but also the fun involved behind the scenes. He reveals the stories that animated this historic restoration in which many people of the highest level - artists, scholars, writers, actors, musicians and even Her Majesty the Queen of England - visited him high up on the scaffolding during his work. Biografía del autor Born in Rome and qualified as a restorer under Cesare Brandi at the Istituto Centrale del Restauro, Gianluigi Colalucci began his career in Palermo, where he worked for seven years on restorations for the Superintendency of Sicilian Galleries. He entered the Vatican Museums' restoration department in 1960, became its chief restorer in 1979 and personally executed the restoration of the Michelangelo frescoes in the Sistine Chapel from 1980 to 1994. Still active today, he has restored works of every kind and era, from Minoan frescoes on Crete to medieval Roman Madonnas and the frieze by Sartorio in Palazzo Montecitorio in Rome. Works by painters like Giotto, Michelangelo, Leonardo da Vinci, Raphael, Titian, Mantegna, Dosso Dossi, Lotto, Lucas Cranach, Guido Reni, Caravaggio, Perin del Vaga, Pellegrino Tibaldi, Giorgio Morandi and Ferruccio Ferrazzi have all passed through his hands.