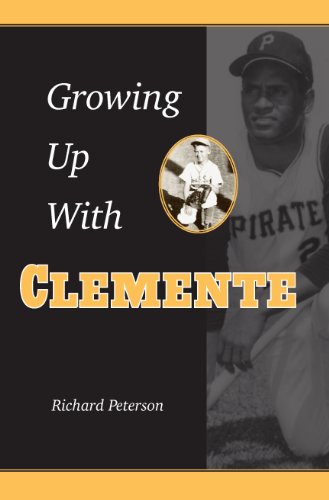 A post–World War II memoir of a childhood in working-class PittsburghGrowing Up With Clemente is a personal history of the hardscrabble life of Pittsburgh’s South Side during the city’s post–World War II renaissance. It is also the intimate story of an American boy who played baseball on the city’s dilapidated playgrounds and rooted for his beloved sports teams while growing up and struggling in Pittsburgh’s blue-collar neighborhoods. Though among the worst professional teams in the 1950s, the Pirates and Steelers still inspired the working-class dream of a life beyond the steel mills. And in the midst of it all was the towering, isolated figure of Roberto Clemente. Clemente would eventually become a symbol of pride, loyalty, courage, and sacrifice for a city that had initially rejected him and for a young boy who spent his youth looking for a hero but had to grow up before understanding Clemente’s greatness.With sensitivity and eloquence, Richard Peterson captures a time and place easily overlooked or forgotten but important to understanding the significance of sports in shaping America’s working-class character. Whether discussing race, sex, class, or any of the other larger issues of the world in which he grew up, Peterson conveys an honesty rarely found in memoirs. Growing Up With Clemente is an engaging read, sure to be a hit in both the literature and sports communities.